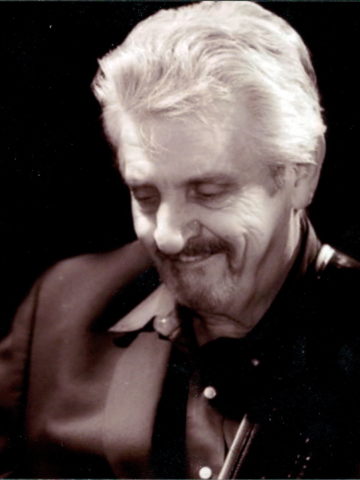 Bob joined the United States Army in 1961 right after he graduated high school and was proud and honored to serve his country for three years. A fan in the truest sense of the word, Bob was Johnny Cash’s lead guitar player from 1968 up until Cash’s retirement in 1997. He finished out his career touring as The Tennessee Three and played to sold out crowds in Canada, Ireland, Scotland, Spain, Italy, England, and the United States. When Bob wasn’t on the road, he was quite the home-body and enjoyed just spending time with his girls. He loved to go fishing and watching Westerns and the Dallas Cowboys play football. Bob and Vicky are members at and attend Cornerstone Nashville.

We would like to thank all of the friends, family, and fans that have been in prayer for us over this past week and ask that you continue to pray for us as we deal with Heaven gaining our beloved husband and father. Visitation will be held on Wednesday, April 12, 2017 from 4PM-8PM at Hendersonville Memorial Gardens. Bob’s life will be celebrated at Cornerstone Nashville on Thursday, April 13, 2017 at 11:00AM with visitation starting at 10:00AM. Burial will be at Hendersonville Memorial Gardens. All are welcome to attend.