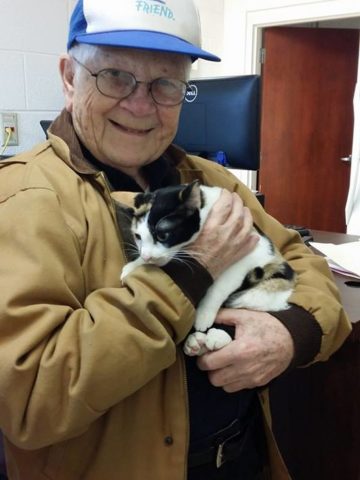 Departed on December 29, 2018 and resided in Hendersonville, TN

Mr. Dexter was born in Burlington, WI, on January 17, 1929, the son of the late Rennie J. Dexter and Alice Jacobson Dexter. He served in the United States Army and was very patriotic. He retired as an accountant for car dealerships. Allen and his brother, Austin, owned Auto Electric, and later in life, Allen and his best friend, Dale, had many adventures and were known as “Two Old Farts and Falcon Parts,” their last harrah together in life. He enjoyed watching old movies, listening to Big Band music, and working on cars especially Fords. Mr. Dexter went to the Congregational Church and was a member of the Falcon Club of America. In addition to his parents, Mr. Dexter was preceded in death by his wife, Dianne Dexter; a sister, Audrey Kelley; and a brother, Austin Dexter.

A Celebration of Life will be held Thursday, January 3, 2019, at 11:00 A.M., Hendersonville Chapel with Ron Dewitt officiating. Interment will follow at Hendersonville Memory Gardens with military honors.

Gathering of Family & Friends will be held Wednesday from 4:00 P.M. until 8:00 P.M. at Hendersonville Funeral Home.

Flowers will be accepted or memorial contributions may be made to Honor Flight, Inc., Attn: Meredith Rosenbeck 175 South Tuttle Road Springfield, OH 45505.