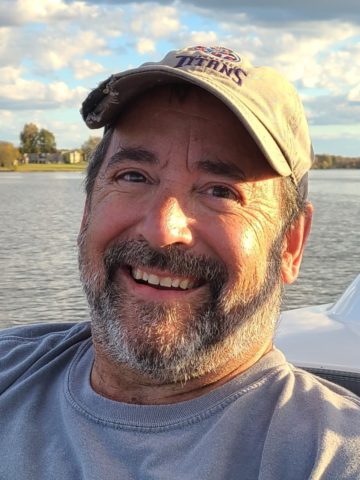 Departed on December 4, 2020 and resided in Hendersonville, Tennessee

Andrew “Andy” Phillips Smith passed away on December 4th, 2020, while living his life to the fullest, as he always did.

Born on September 24th, 1962, in Dallas, Texas, Andy is remembered for being a bright light whose passion for travel extended into every aspect of his life, including his career. He got his start in the travel industry as a means to pay for college. Upon graduation, rather than pursuing his degree in broadcasting, followed his passion and remained in hospitality & tourism for nearly 40 years, including the last 20 years at Maritz Global Events. He was happiest on the water whether that be on his boat at home or traveling the globe, but he especially loved returning back to the British Virgin Islands, which he discovered on his honeymoon with his beloved wife of 22 years, Kim.
Andy never met a stranger and had a way of bringing positivity and laughter into the lives of everyone who had the privilege of knowing him. He could always find the common ground even when their views differed. His zest for life was contagious to those around him.

Andy is survived by his wife Kim Smith, and two daughters Lauren Interrante (Ryan), and Aly Smith, his parents Joan & Bill Smith, his brother Chuck Smith (Marla), and his sister Karen Williams (Steve).
A celebration of life will be held, but until then, one thing he would want his friends and family to live by is his life’s motto: too blessed to be stressed.