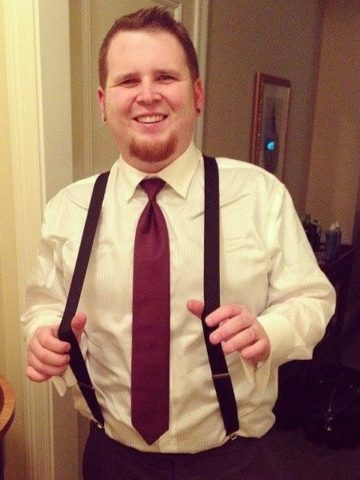 Born in Plantation, Florida on September 9, 1985

Departed on March 21, 2016 and resided in Hendersonville, Tennessee

Ben Braden, 30, passed away Monday, March 21, 2016, in Hendersonville, Tennessee. He was born Monday, September 9, 1985, in Plantation, Florida, to Jim and Carolyn Braden.
Ben (or “B.J.” as he was called by his parents) spent the first 3 years of his life in south Florida. In 1989 he moved with his parents to the Nashville area and eventually to Hendersonville. He was a 2004 graduate of Hendersonville High School. He later enrolled in Nossi College of Art, graduating in 2010 with an Associate of Occupational Studies degree in Commercial Digital Photography and in 2012 with a Bachelor of Graphic Arts in Photography & Video. He married Ali Smithson on October 26, 2013.

He was a loyal fan of the Vanderbilt Commodores & the Nashville Predators. Ben was a creative, out-of-the-box thinker with a wide variety of interests… he was a great cook (chicken cordon bleu on the grill was a specialty), enjoyed photography, disc golf, bowling, anything techie, and long walks in Moss-Wright Park in Goodlettsville.

If you were a friend of Ben’s, he was loyal to you always. He was a great listener, had a funny and quirky sense of humor, and treasured time spent with his wife, Ali, and his family. He was a husband, son, grandson, nephew, cousin, and friend.
He is survived by his wife of 2-1/2 years, Ali Braden; parents, Jim and Carolyn Braden; uncle and aunt, Joe and Beth Braden; grandmother, Mary Hackley; grandfather, Charles Braden; and cousins, Greg Braden, Justin Braden, and Rana Wilson. He was predeceased by his maternal grandparents, Andy and Anita Bontjes and an aunt, Denise Wilson.