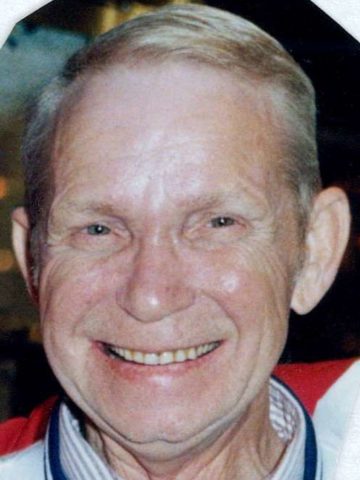 Departed on December 30, 2018 and resided in Gallatin, TN

Mr. Billy L. Powell, 84, of Gallatin passed away peacefully after a long illness on December 30, 2018. He was born October 14, 1934 in Union City, TN to the late William and Mattie Powell. He is also preceded in death by one sister, Martha Humphrey; and one brother, Floyd Powell.
Billy was born in West Tennessee in Union City. He was a baseball and softball umpire for many years. He enjoyed spending a lot of his time watching western shows on television. He worked at Beaman Pontiac and then for Miracle Ford for 25 years until retiring. He was a faithful member of Faith Church in Gallatin. He met the love of his life, Ms. Martha Moss Powell, and they married on May 12, 1956; two days after her high school graduation.
Billy is survived by his beloved wife of 62 years, Mrs. Martha Powell; children, Randy Powell of Cleveland, TN; Traci Mora of Wilson County, TN; and Scott (Shelly) Powell of Ashville, North Carolina; and four grandchildren.
Serving as pallbearers will be, Harold Humphrey, James Humphrey, Kenneth Kilcoyne, Mike Moss, Johnny Hatchel, and Chad Daniels. Honorary pallbearers will be Omer Mayo, Maxy Kilmon, Bob Durham, and Ricky Yates.
A life celebration will be 1pm Friday, January 4, 2019 in the chapel a Hendersonville Funeral Home. Family will receive friends from 11-1pm prior to the service with burial at Hendersonville Memory Gardens. Pastor Russ Weymouth and Pastor Chris Rouse will officiate the service. Hendersonville Memory Gardens, Funeral Home, and Cremation Center are in charge of arrangements. 353 East Main Street, Hendersonville TN 37075.