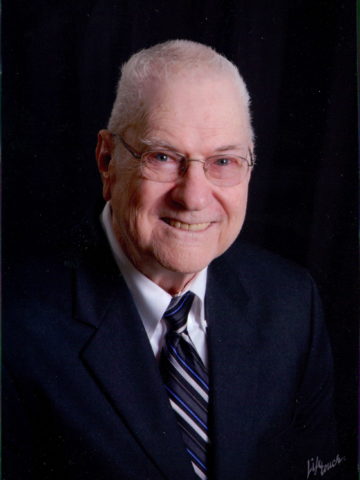 Departed on June 1, 2018 and resided in Hendersonville, TN

Mr. Pasinger was born in Omaha, Nebraska, on March 19, 1928, the son of the late Christy Jerome Pasinger and Harriet Morse Pasinger. He served in the United States Marine Corp during the Korean War. Mr. Pasinger was a member of First Presbyterian Church of Hendersonville. He attended college at the University of Nebraska and Iowa State University. Mr. Pasinger retired from Sverdrup Engineering. He enjoyed building sail boats and received the Golden Hammer Award in Mechanix Illustrated. Mr. Pasinger was an avid reader. Also, he had a love for his dogs and going to the zoo. In addition to his parents, Mr. Pasinger was preceded in death by his two sisters, Marian McClure and Lois Leone.

Gathering of Family & Friends will be held Wednesday from 4:00 P.M. until 7:00 P.M. and Thursday from 9:00 A.M. until the funeral hour at Hendersonville Funeral Home.

A Celebration of Life will be held Thursday, June 7, 2018, at 10:00 A.M., Hendersonville Funeral Home. Interment will follow at Hendersonville Memory Gardens.