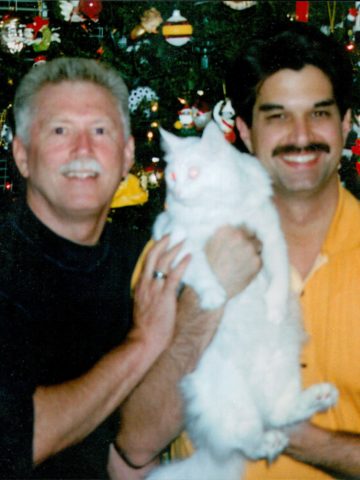 Departed on November 16, 2019 and resided in Hendersonville, TN

Mr. Morrison was born in Pensacola, FL, on September 18, 1943, the son of the late Leo Elmet “Butch” Morrison and Belva Laura Dalton Morrison. He received his Bachelor’s Degree of Education from the University of TN and his Psychology Master’s Degree from the University of GA. Mr. Morrison retired from DeKalb County Schools in Atlanta, GA as a Guidance Counselor after thirty years of service. He was an avid reader and runner, enjoyed hosting social events, playing the piano, gardening, and had appreciation for folk art. Also, he had a special love for dogs.

Survivors include the love of his life, Jim Del Greco, to whom became his partner on May 12, 1993 and a cousin, Joan Gray.

Gathering of Family and Friends will be held Sunday, December 8, 2019, from one o’clock until the funeral hour at Hendersonville Funeral Home.

In lieu of flowers the family respectfully requests memorial contributions be made to Humane Society of Sumner County 16 Volunteer Drive, Hendersonville, TN 37075.