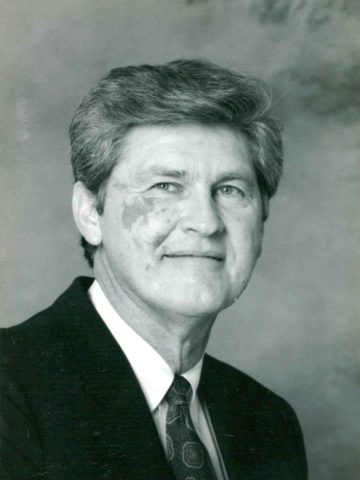 Departed on November 7, 2018 and resided in Hendersonville, TN

After struggling with illness for nearly two years, Charles Wright died peacefully while surrounded by his family on November 7, 2018, at the age of 77.  He was born Charles Raymond Wright on May 13, 1941 in Paducah, KY.  While growing up, Charles enjoyed playing both basketball and baseball, and according to his younger brother Jim, had the “meanest knuckle ball around”.  So much so, he pitched for his high school team in the Pony League World Series in Pittsburg, PA in 1957.  He continued to play basketball throughout his life on various adult leagues, and also enjoyed racquetball and golf.

After graduating from high school, Charles started working in the factory of General Tire & Rubber Co. in Mayfield, KY.  Little did he know that “summer job” would turn into a nearly 50-year long successful career in the tire industry.  Charles graduated from Murray State University with a Bachelor’s Degree in Management in 1969.   Upon completing his degree, he started working for Gates Rubber & Tire Co. in Nashville, TN, where he was promoted to Personnel Manager.  From there, he quickly rose through the ranks via a succession of promotions to General Manager with Armstrong Rubber Co. in Des Moines, IA, Natchez, MS, and back to Nashville, shortly after which the company became Pirelli Armstrong.  In 1993, he was hired as President & CEO of Denman Tire & Rubber Co. of Leavittsburg, OH, where he commuted for 13 years, eventually retiring in 2009.  Due to his vast leadership experience, Charles became well known for his exceptional negotiation skills and ability to save failing companies, which saved many jobs.  He demanded hard work and dedication from those around him, but never more than from himself.  This perceived toughness was easily surpassed by his generous, fair and respectful treatment of all.   During his tenure at Denman, he was ultimately recognized for his dedication to improving the company, by being selected as Rubber Industry Executive of the Year in 1998 by Rubber & Plastics News.

Mayfield, KY was not only the starting place for his life-long career, it was also where Charles met his life-long love and wife, Jackie Hunn.  Soon after they met, Charles went to Fort Dix with the National Guard, and continued to serve in the reserves through the early years of their marriage.  Mayfield was also where they married and had their first child, John Thomas.  Later, after their move to Nashville, they were blessed with the birth of their daughter, Jennifer Rae.

Although he enjoyed his career and the relationships he formed throughout the years at work, Charles was first and foremost a family man.  His “tough-guy” attitude at work quickly melted away at home, as his free time was spent coaching little league teams, attending dance recitals, working in the yard, flipping burgers on the grill, making his famous homemade milkshakes,  loading up his family for drive-in movies, and playing games around the kitchen table.  He was also known for providing ample lap-time for the beloved family dog, and later for his adored grand-dogs and grand-cat.  Simply put his greatest pride, joy and love always was his family.

His family and friends would describe Charles as one of the smartest guys they’ve ever known.  He was the kind of man who knew “almost everything about anything”.  Charles became a mentor to many throughout his life… friends, family, neighbors, or anyone who ever needed a helping hand or advice.  He was wise, kind, and generous beyond measure.  And it wasn’t just adults who sought him out… after his retirement, “Mr. Charlie” was often asked to “please come outside and play” by the neighborhood children. Obviously his friendships were not limited by age.

He was preceded in death by his parents, Verlie Ray and Wanetta Gish Wright, siblings, Dorothy Cripps of Owensboro, KY, Barbara Burrows and Donald Wright of Paducah, KY, and his infant son, Charles David (twin of John).

Jackie and Charlie were blessed to celebrate their 50th wedding anniversary on October 11, 2018.

In honoring his wishes, there will be no service.  For those who would like to remember Charles, donations may be made to his charities of choice below.