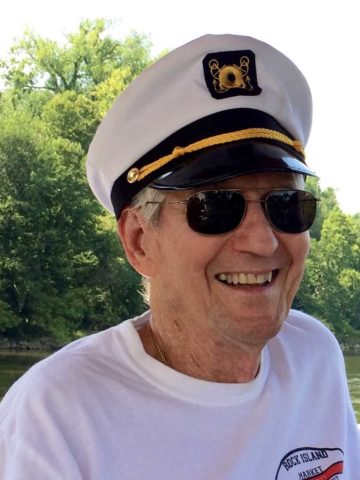 Departed on January 27, 2020 and resided in Hendersonville, TN

Papa was a devoted husband of 56 years, loving father and papa to everyone. Papa had a contagious laugh, loved to dance, his time spent living on the lake, the Dallas Cowboys, Tennessee Titans, NASCAR, and was loved by all.

Papa was a World War II Veteran, Six Armored Division, and 175th Tank Battalion Division Commander. He was also a member of the National Guard for 19 years following his service and also a member of VFW Hendersonville.

He was an original, active member in many areas of Our Lady of the Lake Catholic Church in Hendersonville, TN; and a member of The Knights of Columbus 4th Degree.

Papa was also a proud, active charter member of the YMCA in Hendersonville, TN.

Family asks that in lieu of flower donations be made to Our Lady of the Lake Haiti Ministry.