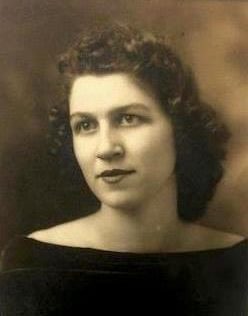 Frances Lucille Jennings Davidson “Frosty” born to Robert and Margaret Jennings on November 7, 1921 in Gallatin, TN. Preceded in death by husband of 62 years, Roy L. Davidson Sr. and grandson, Ryan Davidson.
Frances is survived by her Four children, Janice Cobb, Roy Davidson (Patti), Robert Davidson and Lynn Hamer. Grandchildren, Kellye Raiborn (Michael), Jason Cobb (Lindsay), Ross Davidson, Sean Davidson, Chris Davidson (Larisa), Ashlee Keys (Josh) and Cody Graham (Kendra). Great-grandchildren, Dylan Raiborn, Bella Raiborn, Annalee Keys, Brynlee Keys, Gabby Samikkannu, and Alaina Samikkannu.
Frances was a devoted wife, mother, grandmother and Christian. She was a lifetime member of the Hendersonville Church of Christ. Retired from Sumner County as Manager of the Hendersonville Elementary School Cafeteria. Frances spent many of her days sewing.
Frosty grew up on a farm off Walton Ferry Road with her sister, Anne and brother, Ted. She attended Gallatin High School and was an avid tennis player, giving up the sport after graduating and marrying Roy Davidson. They lived through this difficult time in the world as they “The Greatest Generation” gave up so much while serving our country in World War II. She and Roy began a family in the early years of the war and the following post war recovery period. Life in these early years was hard with little frills to fill their lives. Like most of their neighbors and friends; however, their persistence and hard work gave them a prosperous successful future through the later 1900’s and into the new century.
Frosty’s four children grew up, made their own way through local schools and universities. Sometimes it took lots of mothering, teaching and prodding to achieve her level of expectation, but they did as she would ask and have all grown to be successful adults. Thank you mom for being their inspiration!
A life celebration will be held 10am Saturday, May 18, 2019 in the chapel of Hendersonville Funeral Home, Memory Gardens, and Cremation Center.