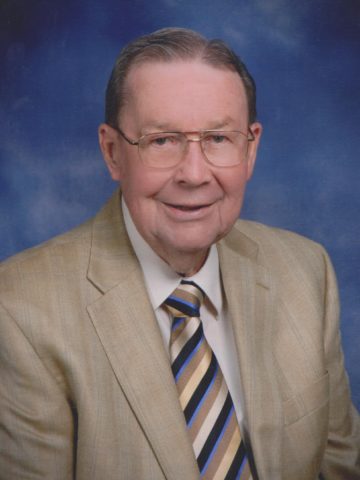 Departed on November 3, 2019 and resided in Hendersonville, TN

Mark moved with his family to Andalusia, AL in 1927. He was drafted after
graduating from Andalusia High School in 1944. He joined the Navy even though he
didn't know how to swim. The first time he ever went north was to Signalman training
school in Rochester, NY to learn Morse code, which he never forgot. He was always
unconsciously tapping out Morse code on the kitchen table. He was discharged from the
Navy in 1946 after being in the Pacific and leaving Pearl Harbor. He entered Auburn
University under the GI Bill in 1946 and graduated in 1949.

Mark married his college sweetheart, Mildred, August 29, 1948 and they were
happily married for 62 years until she passed. Family was always very important to him.
Nothing made him happier than to be surrounded by relatives, sharing stories, and
laughing about the past. No one could remember details and events better than he.
Everyone would sit for hours just listening.

He worked a short time as a manager at a drive-in theater and then began
working at Firestone Tire & Rubber Company in 1951. He worked there for 38 years. He
started as an office and credit manager in a Firestone store in Montgomery, AL .After
many moves and promotions, Mark ended his long career as manager of Retail and
Wholesale Accounting, Banking, and Accounts Payable in Brook Park, OH. He was
always well respected by those whom he worked for and who worked for him.
Mark accepted Christ in 1941 at West Highland Baptist Church in Andalusia, AL.

His faith was very important to him. Because of that, he was ordained as a deacon in
1959 at Eastland Heights Baptist Church in Marietta, GA. He also taught men's Sunday
School classes in Norcross, GA, Decatur, IL, and Parma, OH. Mark moved to
Hendersonville in 1992 and enjoyed being a member of the First Baptist Church there
until his death.

Mark was a quiet man with a huge heart. He was willing to help anyone in any
way he could. Everyone who met him grew to love and respect him in a matter of
minutes. He will be greatly missed.

Visitation will be Saturday, November 9, 2019 at the First Baptist Church in
Hendersonville Chapel from 9-11 AM. The funeral service will follow at 11 AM in the
Chapel. Burial will be at Hendersonville Memory Gardens after the service.