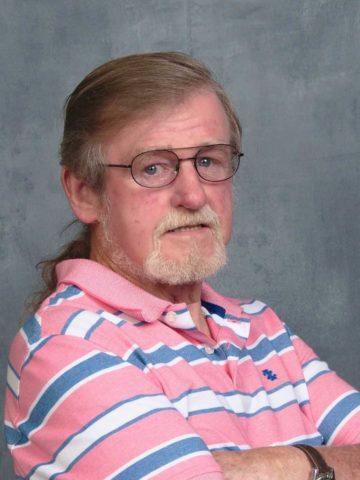 Departed on February 23, 2020 and resided in Hendersonville, TN

John “Buddy”, was born on June 25th, 1949 in Cumberland, Maryland. He was a United States Navy disabled veteran where he was a pipefitter and attached to the USS L.Y. Spear. After retirement from the Navy, he was a military policeman with the United States Soldier System Command in Natick, Massachusetts. John worked as a CNC operator with ATF Davidson in Whitinsville, Massachusetts and was a pro paint expert with Home Depot.

John enjoyed model railroading and had quite the collection of model trains. He also did landscaping and renovating. He could fix and create anything from parts. He enjoyed vacationing with his family and a favorite destination was Papoose Pond. John was an inspiration to his children and grandchildren. He protected those he loved and always put others before himself. No matter what the odds were, he would find a way to succeed and move forward. John was a devoted, strong and loving man with a sense of humor. His family described the perfect setting to honor John would be having a memorial at a camp site with trains going by. John will be forever loved and missed by all those that knew him.

A celebration of life service for John will be held at Cornerstone Church, 726 W Old Hickory Blvd, Madison, TN 37115, on Saturday, March 14th, 2020 at 2pm, officiated by Pastor Galen Davis. Military Honors will follow the service at the church. Visitation for family and friends will be from 1:00 PM until the time of the service.

In lieu of flowers, memorials in remembrance of John Deter can be done the following ways: Checks can be made out to the TVHS or Tennessee Valley with the notation (memo line) FCP9136 and given at the celebration of life service or go to tennesseevalley.va.gov/giving and use the FCP9136 to designate to the Vet Center.