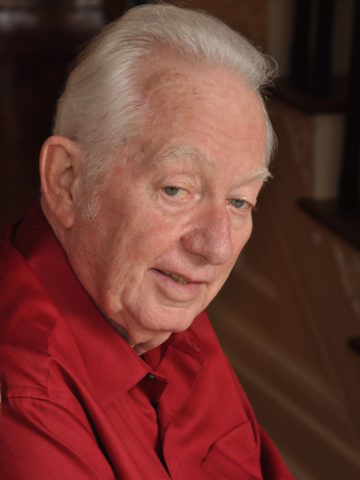 Departed on August 16, 2018 and resided in Hendersonville, TN

Harry Neil Stretcher, known to friends as “Neil”, age 80, of Hendersonville, TN, went to his eternal reward on Thursday, August 16, 2018.

He was preceded in death by his parents Harry and Margaret Ellen Howe Stretcher.

Neil was born in Hamilton, Ohio and grew up in the family home in Trenton, Ohio. He attended and graduated from Trenton High School.

Neil was a man of very strong faith and trust in God, as heard in his testimonial on his recording of “Piano Man”.

Neil’s experience as a performer, vocalist, pianist and writer has covered a wide range of musical settings from smart jazz clubs to being a crowd favorite in Las Vegas. He has sung and played theatres, hotels, fairs, concerts, etc. from Hawaii to Europe, from Hollywood to the Winter Olympics in Norway, and has played church concerts all over the country.

Neil had an incomparable style. He had a definitive way of delivering a song with such a fresh approach, he made it his own. His originality would include many of his own compositions, and being a very active songwriter, when not performing live, you would find him in the studio. As Nashville hall of fame songwriter Dallas Frazier noted, “During my long music business career, I’ve known just a few musicians endowed with the incredible diversity that this man’s been blessed with!  ‘A man for all music occasions` is a term that truly describes Neil Stretcher. Whether the job calls for gospel, traditional country music, big band standards, the blues and jazz sounds of New Orleans or the show tunes of Broadway, this entertainer can meet the demand!”

During Neil’s 14 years on the Grand Ole Opry, he performed and became friends with most all the Opry legends including Ferlin Husky, Little Jimmy Dickens, Jeanie Seeley, Chet Atkins, Connie Smith, Jack Green, Gene Watson, Johnny Russell, Steve Wariner, Lefty Frizzell, Barbara Fairchild, Hank Thompson, Harold Bradley, Pee Wee King, Redd Stewart, Freddie Hart, Boxcar Willie, and Kenny Price, to name a few among many. Other Nashville appearances included Opryland Hotel, General Jackson Showboat and the Nashville Palace. And the greatest honor of all for him has been the privilege to play and create with some of the world’s greatest musicians.

Neil has also appeared on stage with Red Skelton, Milton Berle, Morey Amsterdam and Jack E. Leonard. Through Chet Atkins, Neil met and wrote with Homer and Jethro who recorded some of Neil’s song parodies.

Neil had a true appreciation for the outdoors and loved fishing every year in Florida.

Neil was known for his quick wit and his uncanny ability to reach people in a deep and positive way. His enormous personality will be sorely missed. He would always say: “Leave ‘em laughing”. That he did!

A Celebration of Life will be held Monday, August 20, 2018, 3pm at Hendersonville Funeral Home with Van Banks and Larry McCoy officiating. Interment will be Wednesday at 11am at Miltonville Cemetery in Trenton, Ohio. Visitation will be held Sunday, August 19, 2018 at Hendersonville Funeral Home from 4-7pm and again on Monday prior to the service from 2-3pm.