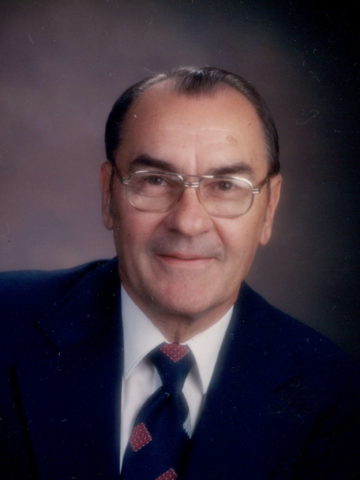 Departed on November 19, 2018 and resided in Hendersonville, TN

Jack J. Smith, age 94 of Hendersonville, went to be with his Heavenly Father Monday, November 19, 2018 surrounded by his family. He was born November 20, 1923 in Latta, South Carolina to the late Samuel H. and Mary Snyder Smith. Jack is also preceded in death by his siblings, Margaret Atkinson, Edward Smith, Charles Smith, Millard Smith and Donald Smith.

He is survived by his wife of 68 years, Betty Jean Smith; daughters, Lynette Tillman (Lynn) and Jacqueline “Jackie” Smith; grandchildren, Nina King (Ryan) and John Harper; great grandchildren, Myles, Natalie and Kaitlyn King; and sister, Mary C. Hardee.
Jack served his country during WWII and Korean War in the U.S. Navy; American Theater, Asiatic-Pacific Theater and European-Africa Theater. After his military service, he attended Emery University in Atlanta, GA and took courses with National Trade School and Massachusetts Institute of Technology. Jack worked for Unisys for 29 years as a field engineer and later moved into politics. He was elected to Davidson Court as a Magistrate and Justice of the Peace for 4 years, where he was always representing all people in his district.

Jack and his wife, Betty, have lived in Hendersonville since 1968 and was a member of First Baptist Church. Jack served on the Hendersonville Board of Mayor and Alderman, ward 2, from 1987 until 2002. He loved his work. Jack visited various nursing homes, the home bound and delivered for Meals on Wheels. Jack will be missed by all who knew him.