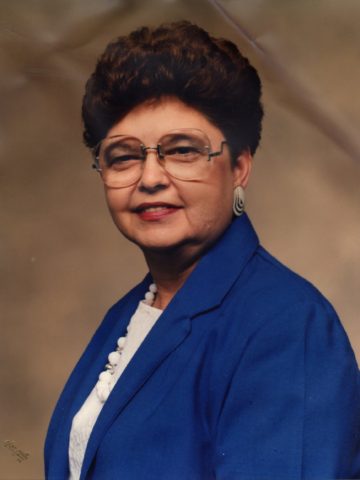 Departed on December 2, 2019 and resided in Knoxville, TN

Jackie S. Robbins, 86, passed away peacefully on December 2nd at home in Knoxville, TN. Jackie was born on November 18, 1933 in Cullman, Alabama to Rev. Virgil and Rachel Sizemore.

Jackie grew up in Cullman, AL and graduated from Fairview High School in 1952. After high school, she attended Howard College in Birmingham, AL (now Samford University) where she served as vice-president of the Eta Epsilon, secretary to the Baptist Student Union, princess in the May Court, and a majorette with the college band. She studied in Switzerland her senior year and toured seven other countries of Europe before graduating in 1955. Upon graduation, she accepted the position as Home Economist with Arkansas-Missouri Power Company in Ironton, Missouri.

While in Missouri, Jackie met and married William Robbins of Steele, MO in 1956 in Cullman, AL. They were happily married for 46 years.

Jackie touched the lives of many students over 30 years of service as a Home Economics teacher at White House High School in White House, TN where she was affectionately known by many of her students as "Mrs. Bobbins".

She was a member of Emmanuel Baptist Church of Raleigh, NC where she taught Sunday School for the New Beginnings class for many years.

A private graveside service will be held at later date and time.