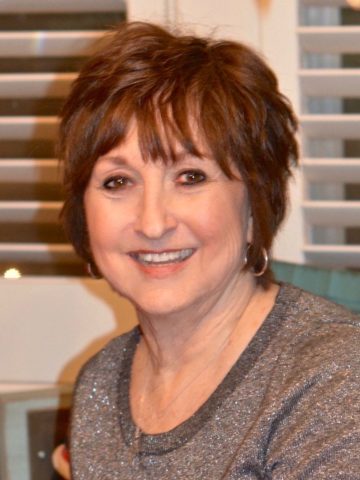 Departed on August 29, 2020 and resided in Hendersonville, TN

Jane Womack Morris, age 80, known affectionately by her grandchildren (and many others) as “Gramae Jane”, died at her home in Hendersonville, Tennessee, on August 29, 2020, surrounded by her family, after a courageous battle with ovarian cancer.

Jane was born on March 13, 1940 in McMinnville, Tennessee, the second child of Robert Samuel Womack and Nan Smartt Womack.
Jane’s family moved to Nashville when she was two, and she attended Tom Joy Elementary School, before moving to Litton High School. She attended Lischey Avenue Church of Christ throughout her childhood. After high school, Jane worked for a year at National Life Insurance Company, earning enough to pay her tuition for nursing school.

Jane said that she found her first “life’s calling” when she entered nursing school at Mid-State Baptist Nursing School and attended Belmont College. President of her senior class, Jane met her cherished life-long friends from the Class of 1962 there.
Jane met her husband L.C. Morris in mid-1961 and they were married a week after she graduated from nursing school on August 31, 1962 at Acklen Avenue Church of Christ. Jane worked as an OB-GYN nurse at Patterson, Pace, Brakefield, and at Nashville Memorial Hospital. Jane and L.C. raised their three children on Westchester Drive in Madison before moving to Hendersonville in 1996. They were faithful members of Madison Church of Christ for over 50 years and Northfield Church.

Jane obtained her real estate license in 1989 and worked as a realtor for a few years before she found her true passion, being a grandmother. Jane embraced her role as Gramae: selfless, dedicated and extraordinarily loving. An avid traveler, Jane visited many of the 50 states with her children and husband, and in the last 20 years, traveled to Africa 14 times as well as visiting Australia, France, Portugal, Italy, the United Kingdom, and Spain.
Jane is survived by her loving husband, L.C., her children, Michelle India Baird (Peter), Darrell Baxter Morris, and Danielle Patterson (Jason) and her adored grandchildren, Charlsi Jayne Patterson, Zola Baird, Isabella Patterson, Tallulah Baird, Colton “Colt” Patterson and Hannah Hooten. Jane also had a granddaughter, Graca, who died at birth in 2002. Jane is also survived by sister Nancy Ingram (Curtis) and brother Bill Womack (Judy) and many dear cousins, nieces, nephews, and friends.
Jane leaves a tremendous void in the lives of her husband, children, grandchildren, extended family, and friends, but they find comfort in knowing that she is in the arms of Jesus and that they will be one day be reunited.