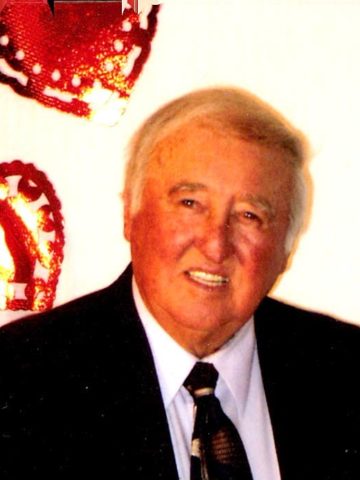 He grew up in Simpson County Kentucky. Joe was baptized at an early age and has remained true to his faith and is currently a member of Inglewood Baptist Church.

After graduating from high school he was drafted into the United States Army and served in World War II. After serving in the war he was in the landscape development business for over 72 years. He finally retired and sold all of his equipment this year at the age of 95!

He had a lifelong love of gardening and was an expert on growing tomatoes. His love for animals was passed on to his children and grandchildren.

Joe was a loving husband, father, granddaddy, brother and friend to all. He never met a stranger and will be greatly missed by those who knew and loved him.

A life celebration will be held 2pm, Saturday, January 4th at Hendersonville Funeral Home with burial in Hendersonville Memory Gardens. Family will receive friends from 12-2pm prior to the service.

Family asks that in lieu of flowers, donations be made to Sumner County Humane Society.