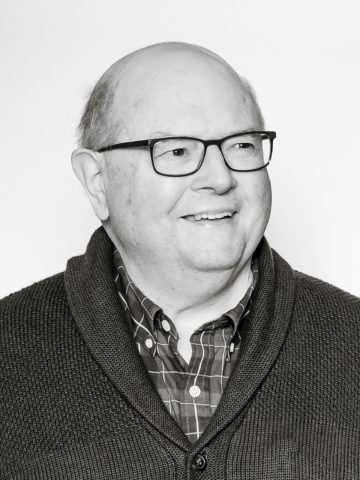 Departed on November 11, 2019 and resided in Gallatin, TN

Kenneth (Ken) E. Williams passed away peacefully at the Gallatin Center for Rehabilitation and Healing on November 11, 2019.

On a Saturday night during his final semester at the University of Cincinnati in 1968, Ken was seeking a Bridge partner. He knew that by changing a few digits he could telephone different floors at the (then all-women’s) Mount Saint Joseph University. He finally reached freshman Hannah Dennewitz, who, having broken curfew the night before, was in on a Saturday night playing Honeymoon Bridge and watching Lawrence Welk with Sister Virginia Barry. Hannah told him she couldn’t play Bridge that night, but would be happy to play the next afternoon. So, much to the chagrin of Sister Virginia Barry and despite hearing from older students that Ken drank Jim Beam, Hannah went on a Sunday afternoon date with him. Hannah and Ken were married June 19, 1971, in Chillicothe, Ohio.

Ken worked for Chrysler and Hannah taught middle school, while they made their home in Indianapolis. Ken also earned his MBA from Wayne State University and his Juris Doctorate (law) degree from Indiana University during this time. Ken went through the Rite of Christian Initiation of Adults (RCIA) to become a Catholic shortly after his daughter Bridget was born in 1976. He enjoyed serving as a lector, extraordinary minister of Holy Communion, as well as an active member of the Knights of Columbus.

They moved to East Aurora, N.Y., in 1981 when Ken took a position with Fisher Price Toys, then a division of Quaker Oats. Their second daughter, Katie Ann, was born in 1981. They relocated to Greenwood, Ind., in 1986 when Ken was transferred to the Gatorade/Van Camp divisions of Quaker Oats. His daughters want it to be known that they always preferred toys to beanie weenies.

Following many years in industry and leading manufacturing plants, Ken began working as Vice President of Operations at the University of Saint Francis in Fort Wayne, Ind., in 2003. He loved the campus community and Sisters; he supported all campus activities, especially football. He oversaw many building projects and capital improvements during his tenure at USF and retired in March 2011.

In addition to his professional leadership, Ken served on the boards of the American Lung Association, Indianapolis 500 Festival, Theatre of Youth, Gleaners Food Bank, St. Barnabas Men’s Club, Center Grove Choir Parents Organization, United Way of Johnson County, and as a co-chair of the United Catholic Appeal for the Archdiocese of Indianapolis. He served as a founding member and on the Parish Council at Saints Francis & Clare Catholic Church in Greenwood, Ind.

Ken and Hannah moved to Gallatin, Tenn. in 2014 to be closer to their grandsons, daughters, and son-in-law. They enjoyed getting involved with their parish, Our Lady of the Lake Catholic Church; Ken was also active in the Knights of Columbus and recently was honored with the fourth degree rank. He was a block captain for the Kennesaw Farms Homeowners Association and took the mowing reports very seriously.

He had some significant health issues in recent years including sepsis, non-Hodgkin lymphoma, several falls resulting in two broken hips, a heart attack, and end-stage renal failure. When discussing limited treatment options, he said, “The good news is that I can play golf everyday in Heaven. The bad news is that my tee time could be tomorrow.” He loved playing Bridge throughout his life and continued playing when he moved to the Hearth at Hendersonville in April 2019. He would frequently “educate” his partner on the rules. His daughters even had to find a particular out-of-print book about Bridge for him to have on hand for lively discussions about the rules.

A jovial and optimistic person, Ken always sought the good in people. Known for his “Papaw jokes,” he always made people smile. A favorite saying of his was, “The reason I called this meeting...” in an elevator or room. When talking with his grandsons about his decision to enter hospice care, he reminded them of his favorite quote from Charles Swindoll, “I am convinced that life is 10% what happens to me and 90% how I react to it.”

Ken loved being a dance, show choir, and cheerleading dad. He especially loved being a baseball, swimming, basketball, band, chorus, and soccer Papaw to his three grandsons. His daughters and their friends will remember him with a VHS camcorder and camera at many events. In addition to supporting his family’s activities, he loved cheering for the Indianapolis Colts and Ohio State Buckeyes, watching the Indianapolis 500 and Brickyard 400, and color-coding the TV channel guide with a highlighter.

Visitation will be at Hendersonville Memory Gardens and Funeral Home on Sunday, November 17, 2019, from 4:00 P.M. until 7:00 P.M. with a Rosary at 6:30 P.M. Visitation will be at Our Lady of the Lake Catholic Church at 10:00 AM on Monday, November 18, 2019 with a Funeral Mass following at 11:00 A.M. with Father Eric Fowlkes officiating. Visitation will be at Daniel F. O’Riley Funeral Home in Indianapolis, Ind., on Sunday, December 1, 2019 from 4:00 P.M. until 7:00 P.M. with a Rosary at 7:00 P.M. A Memorial Mass will be celebrated at Saints Francis & Clare Catholic Church in Greenwood, Ind., on Monday, December 2, 2019 at 11:00 A.M. with Father Stephen Gianni officiating. Interment will immediately follow in the Resurrection Garden Columbarium at Saints Francis & Clare.

In lieu of flowers, memorial contributions may be made to the Veranda Ministries or Knights of Columbus, MSGR. William Bevington Council #9132. The Veranda is a wonderful day program for seniors with dementia and Alzheimer’s, which Ken loved attending on Tuesdays and Thursdays. Gifts can be made online http://www.theverandaministries.org/donate.html or by mailing a check to Veranda Ministries, 650 Nashville Pike, Suite 7A, Gallatin, TN 37066. For the Knights of Columbus, checks can be mailed to Knights of Columbus, Council 9132, Attention: Financial Secretary, PO Box 206, Hendersonville, TN 37077.