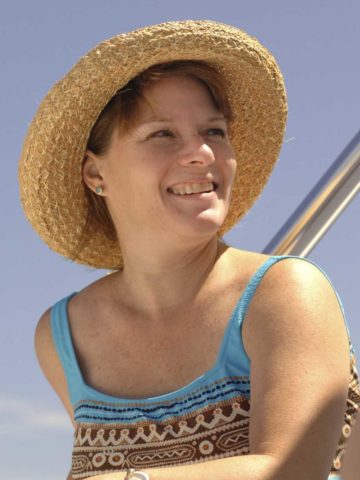 Departed on August 15, 2019 and resided in Hendersonville, TN

Lisa was born in Boston, MA on October 27th, 1961 to Charlie and the late Rene Woodward. She graduated from Williamsville East High School in 1980 and continued on to graduate from State University of New York Upstate Medical Center as a Certified Respiratory Therapist in 1982.

Lisa married Fell in February of 1992 and retired from work to become a full-time mother, homemaker and volunteer after the birth of her oldest child, Sarah, in 1996.

She was a very active member of GFWC Woman’s Club of Hendersonville for 27 years where she chaired countless events and served on several committees including serving as President from 1999-2000. As Club Woman of the Year in 2000, she had the honor of serving on the District and State levels. She was also a member of the GFWC Music City Leadership Club where she served as Second Vice President. On top of her significant commitment to GFWC, she also served as a member in many other community groups such as F.O.A.L.S. (Friends of Arts and Leisure), Presbyterian Day School Board, Friends of our Library Board, Rock Castle Foundation and was the co-founder of The Merwin Foundation.

Lisa enjoyed spending time with her family, entertaining and traveling. She had an infectious smile and a knack for planning great adventures with the kids when on vacation. Her favorite places to visit were tropical destinations, especially the British Virgin Islands.

Respecting her wishes, there will be no service/visitation or flowers. She requested that if anyone felt like they needed to do something, donations can be made to one of the following organizations: C.A.P. (Children Are People), Community Childcare Center, Friends of Hendersonville Library, Friends of Rock Castle or the Samaritan Center.