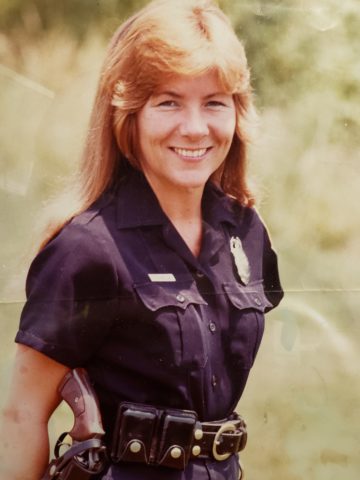 Departed on May 2, 2019 and resided in Hendersonville, TN

Mrs. Lucy Leola Wilson, age 68 of Hendersonville, TN. Passed away on Thursday, May 2nd 2019. Lucy was born on January 19th, 1951 to the late Judge Tom Brandon & Dorthea (Sutherlin) Brandon in Nashville Tennessee. Growing up, she always had a love for animals, music and had a heart for helping others. She was a Stratford high school graduate in the class of 1969.

Lucy worked full time at National Life Insurance Company until 1977. She was a part time hostess at the Grand Old Opry from 1976 to 1977 where she met and made many friends. Lt. Buddy Ezell with the M.N.P.D. was the backstage security and encouraged Lucy to join the police department. While on the police department, her dedication was to solving cases. She would go to women’s groups and give defensive classes. She was awarded the chamber of commerce "Officer of the Year" and was recognized several times for outstanding performances. She retired as a full detective & rank of Sgt.

Lucy was a fierce competitor in many barrel racing & pole bending competitions at local rodeos and saddle clubs. She and her favorite horse “Pepsi” would race to make the quickest time while completing the course to the best of their ability.

After her retirement from the police force, her love of music would re-unite her with a long time friend & musician from the Grand Ole Opry, Mr. Michael Wilson. They had known each other nearly 20 years before dating and becoming Husband and Wife. She always said that he went to go work for Dottie West & Kenny Rogers while she went to work for the Police department. 20 years later their love for cocker spaniels would bring them together. 6 weeks later they got married and enjoyed 22 years of marriage. Together they opened Expert Exterminators in 1997 and served their local community, that in return, treated them like family. The kids couldn’t wait to see Miss Lucy. They also started up B.O.O.T. (Barrel racing Organizers Of Tennessee) and held their own barrel racing shows.

In lieu of flowers, donations in memory of Lucy can be made to Brain & Behavior Research Foundation
https://www.bbrfoundation.org/