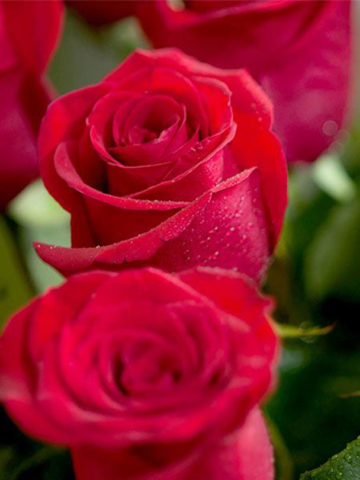 Departed on February 13, 2020 and resided in Hendersonville, TN

Joy and her husband Charles Phillip Roth enjoyed 58 years of marriage. She lost Charlie to death in 2002. Together, they raised four children, Loretta Adcox (husband Robert Adcox, deceased), Marcia Fetzer, married to Donald Fetzer, Phillip Roth (who preceded Joy in death), married to Nancy Roth, and Rebecca Merkel. Their family continued to grow, and she also leaves behind 9 grandchildren, 16 great-grandchildren, and 5 great-great-grandchildren.
Joy enjoyed life growing up with 8 siblings in Queensland, Australia. She trained to be a nurse and often told stories of the hard work that training required, living at the hospital where she was taught. It was as a young woman she first learned about the Bible from her mother.

Joy met the love of her life at a dance. Charlie was in the US Army and was stationed in Queensland during World War II. They were married February 24, 1944, in Brisbane, Australia. They enjoyed early marriage in Australia until Charlie was shipped home to Greenwich, Connecticut. He returned alone, as was required by the US Army. Joy turned 21 the day she left Australia, traveling by boat to America. She was accompanied on this adventure by her firstborn daughter, and her own sister Ellice who brought along her firstborn child. After reaching America, the sisters boarded a train that took them across the country. Joy’s journey ended in Grand Central Station in New York City. She settled into married life with Charlie in Greenwich, where they raised all four of their children.

Eventually, retirement took them to Cross Plains, Tennessee where they bought a farm and enjoyed raising animals, caring for an orchard and growing much of their own food. Their log cabin on the farm was a warm and inviting place for her to spend time with grandchildren. That loving relationship with her family extended after a move to Cottontown, Tennessee. No matter where she lived, Joy patiently taught her grandchildren what she knew, from cooking and baking, to quilting and knitting, even gardening and egg gathering. She is greatly appreciated for her unconditional love, guidance and support she extended to each and every member of her family.

Joy will affectionately be remembered and greatly missed by her loved ones. We take comfort in the same Bible message that comforted her, looking forward to a promised time when “death will be no more, neither will mourning nor outcry nor pain be anymore.” Revelation 21:4

A graveside service for Joy will be held at Hendersonville Memory Gardens, Garden of Devotion, on Monday, February 17th, 2020 at 2:00 PM, officiated by Pastor Sam Chrisonoski. There will be no services inside the funeral home.