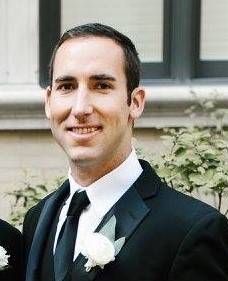 Departed on October 23, 2019 and resided in Nashville, TN

Michael Patrick Staley, 32, of Nashville, passed away on Wednesday, October 23rd, 2019. Our beloved Michael Patrick was born on December 22, 1986 in Tulsa, OK as the third of Marianne Boyle Staley and Rick Staley’s seven children. His siblings include Rick, William, Julianne, Joseph (Kari), Daniel, and Matthew.

Michael was extremely brilliant and loved his Catholic faith. Michael was in the first graduating class of Pope John Paul II High School and was active on the soccer, cross country, and bowling teams. He then went on to study construction management at Western Kentucky University where he was a brother of Sigma Phi Epsilon Fraternity and met the love of his life, Megan Stinson. He also served for ten years in the Kentucky National Guard. He excelled and became Soldier of Year in 2010 and was named a Kentucky Colonel, the highest title of honor bestowed by the Governor of Kentucky. Michael loved the Pittsburgh Steelers but feels it’s time for Tomlin to go. Michael participated in and worked on many of the downtown Nashville building projects. Michael had a beautiful devotion to the Rosary and prayed it often. He was a fighter and despite so many difficulties, he spent a lot of time in or near the Church. We are reminded of what Jesus Christ told St. Joseph and the Blessed Mother in Luke 2:49, “why were you looking for me? Did you not know that I must be in my father’s house?”

His unexpected departure from this world is extremely sad but he is now experiencing God’s amazing and eternal peace.

Funeral Mass will be Monday October 28th at 11am at St. John Vianney Catholic Church Gallatin, TN, officiated by Father Stephen Gideon. Visitation will be Sunday, October 27th from 3pm-8pm at HENDERSONVILLE FUNERAL HOME, 353 East Main Street in Hendersonville. Michael will be laid to rest at Hendersonville Memory Gardens following the Funeral Mass.