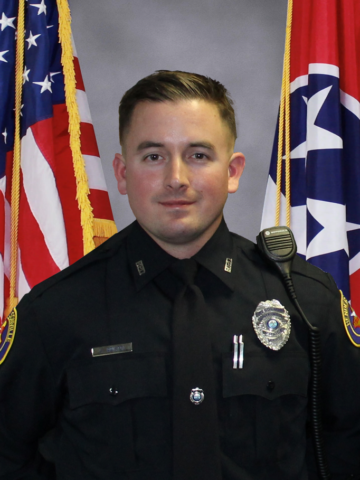 Departed on December 30, 2019 and resided in Hendersonville, TN

MPO Spencer Daniel Bristol of Hendersonville, passed away unexpectedly in the line of duty, on Monday, December 30th, 2019, at the age of 31. Spencer is preceded in death by his maternal grandparents; Sylvia and Bobby Smith, paternal grandmother, Rachel Richards, aunt, Patricia Buchanan and the family bulldog, “Gunny”. He is survived by his loving wife, Lauren Hudson Bristol and their daughter, Eloise, parents; Dan and Lee Ann Bristol, sister, Ashlen (T.J.) Farmer, sister-in-law, Elizabeth Hudson, mother and father-in-law, Donna and Ray Hudson and grandparents; Darrel and Lola Bristol.

Spencer was born on October 9th, 1988 in Nashville, Tennessee. He graduated from Station Camp High School in 2007. While at Station Camp, he was on the track and cross country team and played football. Spencer joined the United States Navy in 2007 and was a Corpsman. He was stationed in Pensacola, Florida and Twentynine Palms, California. He was deployed to Afghanistan with the 1st Marine Division, 3/4. After his honorable discharge from the Navy in 2012, Spencer joined the Hendersonville Police Department in 2015 as a Patrol Officer. He was assigned to the Flex Team and the S.W.A.T. Team. He was recently promoted to Master Patrol Officer. Spencer served both his country and his community with honor and pride.

Spencer was a member of Hendersonville First Baptist Church where he volunteered with the Special Friends program. He enjoyed fishing and duck hunting, action movies and watching Sons of Anarchy. Family was very important to Spencer. He was a loving husband and adored his daughter Eloise. Spencer and Eloise would often go to the “duck park” and then to McDonalds for cinnamon rolls. His most cherished times with Eloise was when he would take her to Strike and Spare to play the ticket games in what Eloise called “Daddy Eloise Day.”

Spencer was an extraordinary young man who lived life to the fullest. His family describes him as being selfless, always putting others before him, positive and reassuring. Spencer will be dearly missed by his loving family, those he served with in the Navy, his fellow officers with the Hendersonville Police Department and by the community he loved to serve.

A celebration of life service for Spencer will be held at Hendersonville First Baptist Church on Tuesday, January 7th at 11:00 AM. Visitation will be held at the church on Monday, January 6th from 2:00 PM – 7:00 PM and again on Tuesday from 9:00 AM until the time of the service. Burial will take place following the service at Hendersonville Memory Gardens with Military and Police Honors.

In lieu of flowers, memorial contributions can be made to 100clubsumner.org in support of Spencer’s family.

Greater love has no one than this: to lay down one’s life for one’s friends. John 15:13