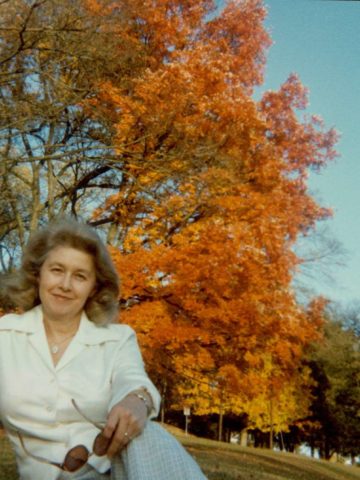 Departed on March 23, 2019 and resided in Hendersonville, TN

Mrs. Roberts was born in Livingston, TN, on May 21, 1925, the daughter of the late Herthel D. Almonrode and Louetta Waites Almonrode. Jean will be remembered for her kind, loving nature, her artistry and her faith. Growing up on a farm during the Depression era, Jean knew the value of hard work and healthy living. She cared for her home and family with loving attention to detail, and determination to never let anything be wasted.
Jean had strong faith that the world was in God’s care, but also believed that He meant for her to be His helper as a caregiver for others.

In addition to her parents, Mrs. Roberts was preceded in death by her husband and high school sweetheart, James Leonard Roberts and her three siblings and their spouses, June White (Leon), Charles Almonrode (Ruby), and Kent Almonrode (Theda).

There will not be a formal service, but visitation will be held Saturday, March 30, 2019, from noon until 4:00 P.M. at Hendersonville Funeral Home 353 E Main Street, Hendersonville, TN. The interment will be private.

In lieu of flowers the family would appreciate donations to ARC of Cumberland Valley/Project 22, 1241 Timberwood Drive, Gallatin, TN 37066. This is a program that Jean’s autistic grandson attends which he greatly enjoys.