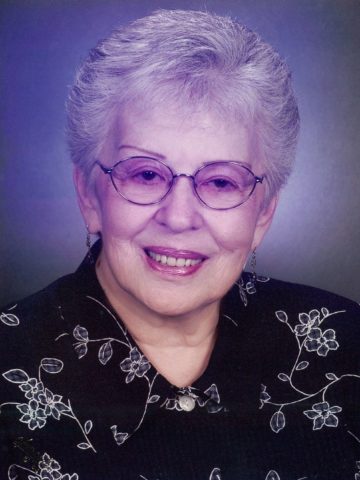 Departed on January 8, 2019 and resided in Hendersonville, TN

She was a charter member of Bluegrass Baptist Church now as Indian Lake Peninsula Church and attended for almost fifty years. Also, she was a member of Friendship Sunday School Class. Mrs. Etheridge was the church’s first preschool director and loved taking care of the babies. She worked in the 80’s at Ace Hardware and loved talking to all the customers who came in. She retired from the State of TN in the Department of Human Services after eighteen years of service.

A Celebration of Life will be held Saturday, January 12, 2019, at 2:00 P.M., Indian Lake Peninsula Church. Interment will follow at Hendersonville Memory Gardens.

The family would like to thank those who cared for her at Brookdale for the last ten years.