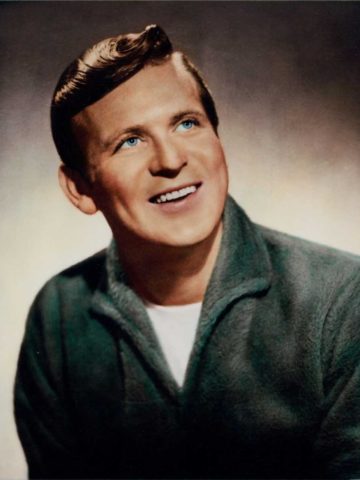 William Ramsey Kearney was born in Bolivar, TN on October 30th, 1933 to David and Zora Kearney. He was the oldest of seven children; his parents were farmers, in fact- share croppers. At age 15 he had his own radio show at WDXI in Jackson, TN, and was known as the Dixie Farmboy. After winning second place at a talent show in his hometown, he told his mother he thought he would get himself a radio show. She told him he wasn’t good enough to get a radio show and he said, “I’ll show you that I am” and he did that a few weeks after their conversation.

Since Ramsey has been in Nashville, he has written for three major music publishing companies, the first being Cedarwood Publishing Company, where he co-wrote with Mel Tillis the award winning song “Emotions”. Among the artists that have recorded “Emotions” are: Brenda Lee, Juice Newton, Mel Tillis and Ramsey Kearney. Ramsey recorded for Safari Records and many of these releases made it to the Top 100 charts in Cashbox and Billboard Magazine. The Ramsey Kearney credentials range from songplugger, record producer, record label executive, music publishing administrator, arranger, songwriter, recording artist, radio announcer and business administrator. Ramsey had faith in his abilities as a songwriter and as a recording artist and will continue to do both.

Ramsey had a strong faith and was a member of Cornerstone Church in Nashville. He was a veteran of the United States Army. Ramsey loved animals, and for many years, kept a monkey and raccoon as pets.

Ramsey will be dearly missed by his family and remembered for his contributions to Country Music.

DUE TO THE OUTBREAK OF THE CORONAVIRUS, TO ENSURE THE SAFETY AND HEALTH OF THE COMMUNITY, A PRIVATE VISITATION AND SERVICE WILL HELD ON THURSDAY, MARCH 19TH, AT HENDERSONVILLE FUNERAL HOME. BURIAL WILL TAKE PLACE AT HENDERSONVILLE MEMORY GARDENS.