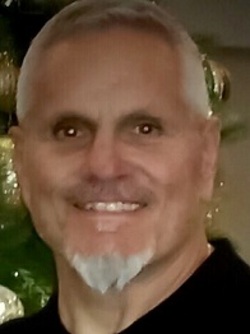 Richard Arthur Bartolo, age 64, a resident of San Dimas, California went to be with the Lord on January 9, 2019. Richard was born in Pasadena, California to Richard Mario Bartolo and Mae (Berry) Bartolo on February 21, 1954. He was a Law Enforcement officer for 29 years; Montebello P.D. for 8 years and Irvine P.D. for 21 years. Richard had tremendous pride as an officer. He was generous, funny and compassionate. He was always willing to help everyone. Richard was a wonderful man, he had so much love for his family and friends. His wisdom and advice will remain priceless. What he enjoyed as much as possible was riding motorcycles and attending car shows. He had such a strong faith and touched so many hearts in his life. Richard will always be in our hearts. He is survived by his loving daughters Jennifer and Katelyn. And many other family members and close friends that are going to miss him dearly. Richard will be laid to rest on Thursday, February 21st, 3pm near Johnny and June Carter Cash at Hendersonville Memory Gardens in Hendersonville, TN. Below is a video of Richard's homecoming in Tennessee. May he forever rest in peace.