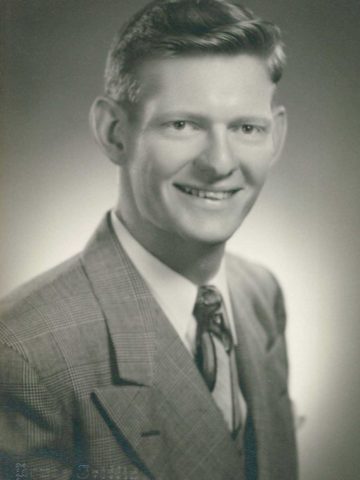 Departed on January 17, 2020 and resided in Hendersonville, TN

Bob was born on June 27th, 1929 in Sapulpa, Oklahoma. He attended the University of Oklahoma where he received his Bachelor’s Degree in Engineering and remained an Oklahoma Sooner football fan. He worked as an Electrical Engineer with General Electric and retired after 40 years. While with GE he worked in Fort Wayne, Indiana, Schenectady, New York and Hendersonville, Tennessee. Bob and Mary are long time members of First United Methodist Church of Hendersonville where he did mission work and was involved with the Companion Sunday School Class.

Bob enjoyed the outdoors which included visiting National Parks, boating, camping and hiking. His favorite travel destinations were Florida (Disneyworld) and Cape Cod, Massachusetts. As a young man he enjoyed swimming and playing tennis. He was an avid reader of history, especially Abraham Lincoln. In his leisure time Bob liked fixing things around the house, working on genealogy and enjoying his favorite treats, cherry pie and ice cream.
Family and friends were very important to Bob. His family describes him as being a loving husband, father and grandfather, faithful, kind and persistent. Bob was always willing to help others whenever a need arose.

In lieu of flowers, memorials in Bob’s name can be made to the First United Methodist Church of Hendersonville General Fund.