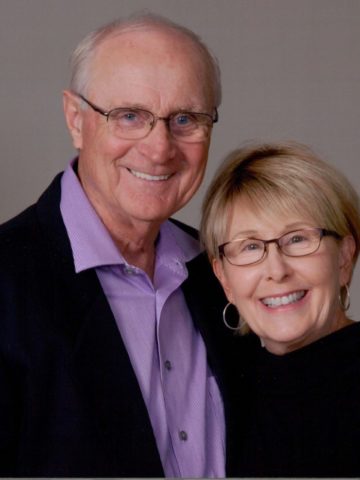 “Their enduring passion for one another never waived, even during the final moments of their lives. And their love was strong enough to take them away together”.

Roger passed away surrounded by family, and within 5 days of losing her beloved husband of 44 years, Karen Sue Dowler joined him in Heaven. Both died peacefully at home with family in Gallatin, TN.
Roger graduated Huron High School in New Boston, MI. He received his bachelor’s degree from Eastern Michigan University and master’s degree from Colorado State University. He worked in the Marketing Division, Ford Motor Company for 33 years servicing Ford Dealers in the mid-western states.

Karen attended LaSalle High School in South Bend, Indiana and graduated with an associate degree in Surgical Technology at Cincinnati State. Karen worked as an instructional assistant for 12 years in Warren County Schools and later worked for a group of Doctors in Cincinnati as a scrub nurse and managed a small office.

Since their retirement they have lived in Gulf Breeze and Summerfield Florida, then in Lebanon and Gallatin Tennessee. They were involved in their neighborhood homeowner’s association, clubhouse watch committee, and as committee members helped make many improvements to their neighborhoods.

After retirement they volunteered at Gulf Breeze Hospital, Interfaith Ministries, Nashville Room In The Inn and served as Alter Guild Chair members of their church(s). They both enjoyed various sports and fitness activities. Karen became certified as a water fitness instructor and Roger enjoyed playing on softball leagues for many years.

Their lives were full and blessed with love, laughter, travel, great friends, and an awesome family.

Roger was preceded in death by his parents, Leo and Leah Dowler

Karen was preceded in death by her parents, Charles and June Engel

Memorial contributions may be made in their name to either West Pine Baptist Church or First United Methodist Church in Hendersonville, TN.

6 Comments to Roger and Karen Dowler