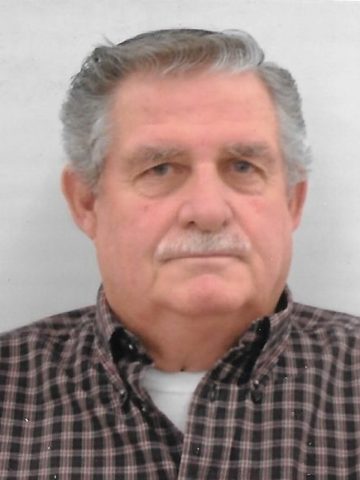 While growing up and attending schools in Milwaukee, he later moved to Dubuque, IA, where he met his wife Barbara Jean and started his family. He was the oldest of nine siblings. Before marriage, he had enlisted in the US Army and traveled overseas to places like Italy, Germany and Korea during the late 50’s and early 60’s. Roger always had great stories to tell and one being the time he was stationed in Italy, the same time Elvis Presley was there and he recalled seeing Elvis being carted around on base with his entourage. He received his Honorable Discharge, with rank of Sargent E-5. He was a member of the American Legion Post 17, Gallatin TN.

He later moved to Hendersonville TN, with his family in 1981, where they lived until his recent move to Gallatin in 2017.

Roger worked with various construction companies, even having his own business for a time and was mostly a supervisor/foreman for concrete and light construction work, much of his life. There are so many areas of TN, AL, GA and even some areas in FL where Roger had touched and built over his career such as places like Home Depot, Lowe’s, Wal-Mart’s, many churches and schools. He even constructed the tower that is part of the Father Ryan High School.

He was not without his constant dad jokes and always had some one-liners to throw out to make people smile. He never knew a stranger and was easy to strike up a conversation with at gatherings. He loved most sports but especially, football, baseball and Nascar racing. Roger was the type of person that would help you on a home project, lend you some tools and even provide friends and family expert advice on doing a driveway, building a deck/porch or most any other home project; his skills were beyond measurable.

He was a beloved husband, father, grandfather, great-grandfather, brother and friend to so many. He was all about his family and would give the shirt off his back if someone needed it. Roger is survived by his wonderful wife of 56 years, Barbara, daughter Debby Smith (Dan) of Wisconsin, son Don (Stephanie) of Cross Plains, daughter Diane Martin (Jeffrey), son Roger Jr (Cindy), daughter Carrin Merritt (Nelson) of Lebanon, grandchildren, Joey Phillips, Jessica Martin, Josh Smith, Jennifer Martin, Alex Sullivan, Timothy Phillips, Julia Martin, great-grandchildren Wesley Martin and Sophia Bowman. He is also survived by sister Jan Memmel and brother Earl Phillips of Wisconsin.

In lieu of flowers the family asks that donations be made to the Second Harvest Food Bank in Tennessee.