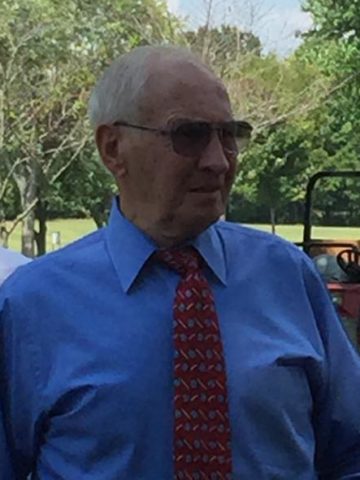 Departed on August 22, 2019 and resided in Hendersonville, TN

Royce Womack, 89, a Southern gentleman who loved the Lord and his family, entered Heaven on August 22, 2019. Royce was born on December 24, 1929, in the Cairo community of Sumner County and grew up on the family farm on Deshea Creek in the Sideview community where he developed a lifelong respect for farmers and agriculture. He proudly served in the United States Air Force during the Korean conflict and retired from the State of Tennessee after 44 years of public service.

Visitation with the family will begin on Monday, August 26th at 3:00 p.m. until 8:00 p.m. and will resume on Tuesday, August 27th at 10:00 a.m. until time of service at 11:00 a.m. at Hendersonville Funeral Home. Burial will be at Hendersonville Memorial Gardens. Pastor Tim Gates and Reverend Michael Spurlock will officiate. Active pallbearers will be T.J. Briley, Atticus Spurlock, Jackson Sayles, Andrew Briley, Gage Keene and Jacob Harris. Honorary pallbearers will be Marion Rogan, Bud Cage, Terry Harris, Carl Tenut, the 1949 graduating class at Gallatin High School and the Koinonia Connect Group at Goodnaz. Memorial contributions may be made to the building fund at Goodlettsville Nazarene Church, 400 Loretta Drive. Goodlettsville, TN 37072.

Mr. Womack’s family wishes to express their sincere gratitude to the many friends who came by to visit with them during his brief illness. Your kindness is so appreciated.