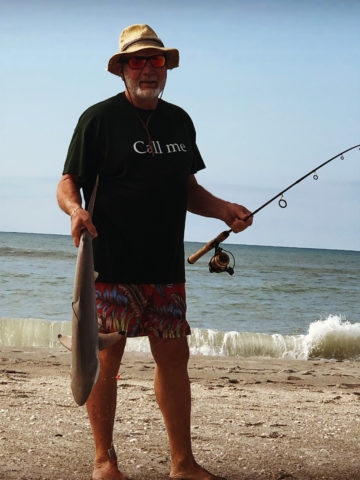 Departed on February 19, 2021 and resided in Nashville, TN

Rusty proudly hails from Palmerton, PA, a sleepy, valley town nestled just south of the Lehigh Gap of the Appalachian Trail. This area inspired his love of nature and the great outdoors, and he often told stories of maintaining part of the “AT” as an Eagle Scout and fishing along the Lehigh River with his brothers. He is a 1964 graduate of Palmerton High School and a received his BS in marketing from St. John’s University (NY) in 1970. He married Barbara that same year and the couple quickly started their family. After a few job relocations with three kids in tow, they happily settled in Hendersonville in 1981. He retired in 2008 from the Nissan Smyrna Assembly Plant.

Rusty’s thirst for nature never wavered. He could name any bird or frog on sight or by sound and looked forward to daily neighborhood deer sightings. Days were packed with filling bird feeders, nurturing his many air plants and orchids, and harvesting his summer garden. A beach bum at heart, you could find Rusty several times a year in Longboat Key pulling in fish, making friends and exploring new restaurants. When he wasn’t at the beach or playing with plants, he was rocking the kitchen with new recipes ranging from southern BBQ to his famous low country boils, all with fabulous cocktails! Grocery shopping was part of his DNA - he absolutely loved it and rarely missed his Wednesday shopping day, often hitting three different grocery stores. One of his favorite gifts was a roadtrip to Jungle Jim’s International Market in Cincinnati. Rusty also enjoyed traveling with his wife with noted trips to New England, Russia, Prague and the U.K. He was a devoted fan and a charter PSL season ticket member of the Titans and scored tickets to see them play (and lose) in Super Bowl XXXIV. Following his father’s footsteps, he rarely missed a Yankees game or a Notre Dame football game, and made a couple treks to Yankee Stadium and South Bend.

In lieu of flowers and a service, please consider making a donation to Walden’s Puddle in Rusty’s name. He discovered the local wildlife rehabilitation center after saving an injured Cooper’s Hawk on the side of the road. waldenspuddle.org/donate/