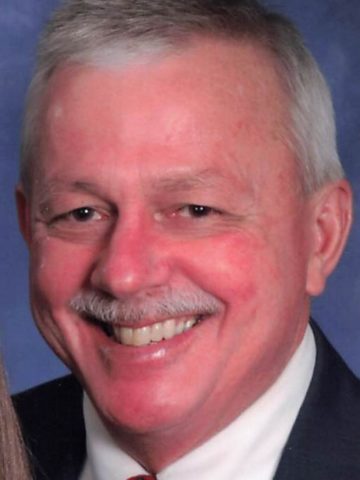 Departed on February 5, 2021 and resided in Hendersonville, Tennessee

Steve was born December 1, 1949 in Alexander City, Alabama to Elwood Garrett and Dorothy Dean Garrett. He grew up in Montgomery, Alabama and while attending Sidney Lanier High School, he was a drummer for The British Walkers, in addition to wrestling, playing football and basketball. He would continue his education at Auburn University, graduating from their school of pharmacy.

After graduation, he worked as a pharmacist in Mobile, Alabama, where in 1979 he met the love of his life, Jane, and they married in 1980. While living in Mobile they had their sons, Stephen and David, and a few years after moving to Hendersonville, Tennessee they welcomed a third son, Patrick.

Steve enjoyed many things, including Auburn Tigers football (War Eagle!). Other interests included watching his children play sports, movies with his wife and attending sporting events with his family. His church family at St. Joseph’s was also important to him, which involved regular dinner outings with a special group of friends. Always more important than the event itself, was the company, and nothing brought him more happiness than being surrounded by his family.