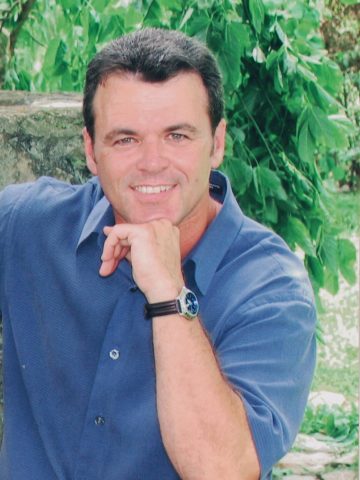 Terry G. Safer peacefully passed away on April 21st, 2021 after a year-long battle with cancer. Terry was preceded in death by his parents, George Allen Safer, Sr. and Colleen Safer, and brother George Safer, Jr.

Born in Beaumont, Texas, Terry was always thankful to have been raised in a Christian home bound by unbreakable love. His steadfast faith and hope in Jesus Christ sustained and comforted him, rendering him a persevering soldier of the Lord.

Always proud to be a Safer, if you knew Terry, you knew about his family, too. He fostered an everlasting bond with his brothers and sister as a shining light in the face of darkness with patient ears to listen and an enormous heart to love. Over the years, his transcendent love and loyalty has only compounded, capable of overcoming any stretch of time and distance. Blessed with 41 years of marriage, Terry was the loving husband of high school sweetheart Teresa. Together, they became devoted parents, and his tireless work ethic and dedication to providing for the people he loves lives on every day in his wife, son, and daughter. His love was limitless, extending to every end of his family across his son-in-law, granddaughter, siblings, nieces, nephews, cousins, aunts, and uncles.

Terry was better than good at everything he took interest in. He had the gift of loving not only in word and deed, but also in music. His beautiful voice and bountiful guitar collection coupled with talented siblings were exciting treats at family gatherings. Additionally, his love of cars and taking his Roush Mustang to the track were another source of joy he shared with his brothers and friends. He was a great athlete, musician, race car driver, friend, employee, and everything else he tried.

While he held many roles, the role that guided them all was that of a Believer. He accepted Christ the Sunday his father was called to be the pastor of New Cherry Grove Baptist Church in Gist, TX. Terry was the first of many people his father baptized while there. He learned to perform music with his Dad and brothers in public at New Cherry Grove and later served as music minister at First Baptist Church in Hartsville, TN for several years. His time at New Cherry Grove fostered his calling to perform at weddings, funerals, and on local and national television.

To know Terry was to love Terry, and his positive outlook on life was magnetic, inspiring family, friends, and strangers alike because he made everyone feel special. When you think about Terry, you hear his infectious laugh, see the unique twinkle in his eye, and grin at the captivating smile capable of making you forget about any bad day. While those of us left behind mourn, we know his light shines down the streets of heaven as he is free of pain and suffering. And we know that someday, we will all reunite in the presence of the Lord in a joy so great that it is beyond our Earthly understanding.

A memorial service to celebrate Terry’s life will take place on Thursday, April 29th at 1:00pm, with visitation starting at 12:00pm. Both the visitation and celebration of life will be held in the Chapel at Hendersonville Funeral Home. Contributions in Terry’s memory may be made to Alive Hospice in Nashville, TN.