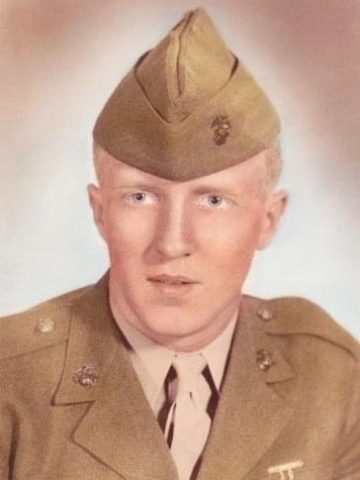 Departed on October 6, 2020 and resided in Gallatin, TN

Vader Thomas Stultz, 78, of Gallatin Tennessee, passed away peacefully with his wife and daughter by his side on Tuesday, October 6, 2020 from respiratory failure and complications caused by Covid-19. He was born on January 22, 1942 on a family farm near Bloomfield, Missouri to Henry Thomas Stultz and Blanche Alice (Harper) Stultz Avery who precede him in death. He married Wanda Lee Niehaus of Dexter, Missouri on April 24, 1964 in St. Louis, Missouri and she survives. He is also survived by one daughter, Dawn Denise Stultz Kingsley and a son-in-law, John William “Billy” Kingsley and three grandsons John Thomas Harper Kingsley, William Kendrick Lee Kingsley and John William Kingsley III, along with one sister, Bonnie Cooper of Dexter, Missouri and with numerous Aunts, Uncles, Cousins, Nieces and Nephews.
He attended Essex High School and entered the Marine Corps his senior year. He finished basic training and was deployed on a number of missions to Cuba, Australia, Puerto Rico and the Mediterranean before returning home between enlistments in 1964. It was that same year he met and married the love of his life after only two weeks of courtship. At the time of his death they had celebrated 56 years of marriage. And it was not long enough.
While in the Marine Corps he completed two combat tours in Vietnam where he received numerous commendations and awards for outstanding conduct and service. When he returned home he was stationed in Effingham, IL and completed his career in the Marine Corp on recruiting duty where he finished with the rank of Staff Sargent at his retirement. While living and working in Illinois he served as a reservist for the Illinois National Guard and owned the Stultz Insurance Agency before going to work for the United States Postal Service. In 1985 he moved his family for the final time to Hendersonville, Tennessee where he continued his work for the postal service until he retired in 2000.
In Illinois he was an active member of the Masonic Lodge 149 and Heart Shrine Club in Effingham. He earned the rank of Master Mason 32nd degree and helped raise money for the Shriners Children’s Hospitals. As a member of the Heart Shrine Club he was a founding member of the Heart Shrine Club Original Fire Patrol entertaining thousands of children and adults in parades all across Central Illinois.
He was an avid bass fisherman and organized many fishing tournaments to benefit the Muscular Dystrophy Association in Tennessee. His true loves were God, wife, daughter, grandsons, family, dogs, Marine Corp, Masons, Shriners and fishing and not necessarily in that order.
Services for Mr. Stultz will be held at the Hendersonville Funeral Home and Memory Gardens at 353 E. Main Street, Hendersonville, TN 37075. Visitation will be Wednesday, October 14, 2020 from 4 p.m. – 8 p.m. and Thursday, October 15 from 10 a.m. – 10:30 a.m. A Masonic Scottish Rite Service will be held from 10:30 a.m. – 11 a.m. with the Funeral Service beginning at 11 a.m. A graveside military service will be held at 2 p.m. on the same day at the Middle Tennessee National Veterans Cemetery, 7931 McCrory Lane, Nashville, TN 37221.
In lieu of Flowers the family asks for donations to the Disable American Veterans and Shriner Children’s Hospitals.